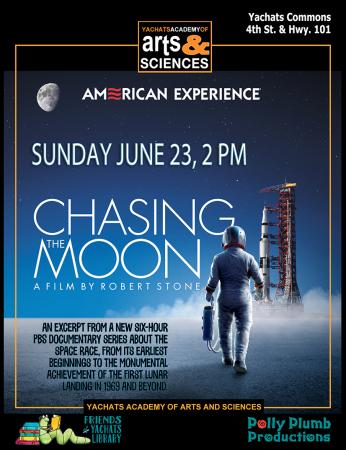 Chasing the Moon: Astronauts and Politics

This event is a preview of the upcoming AMERICAN EXPERIENCE film, Chasing the Moon, by Robert Stone

A new six-hour documentary series about the space race, from its earliest beginnings to the monumental achievement of the first lunar landing in 1969 and beyond, Chasing the Moon will premiere on July 8th, 9th and 10th. This introductory clip is an excerpt from “Part One: A Place Beyond the Sky.” It takes a look back at how astronauts became heroes for the nation, and the impact it had on their families. By 1963, the aim of getting to the moon, though full of challenges, had begun to gain momentum.
The clip opens with astronaut, Virgil Grissom’s return from the Liberty Bell 7 Mission, in 1961. Astronauts had become a new kind of celebrity; real-life heroes that the American people wanted to know more and more about. We see what being an astronaut’s wife entailed and the challenges they faced having their families scrutinized by the press and public.
Air Force Pilot Ed Dwight was selected by the Kennedy administration to train as the first African American astronaut. He and the other astronauts were put through various kinds of physical and psychological training and tests to ensure they could endure whatever going into space would throw at them. When the next group of fourteen new astronauts was announced, Dwight would not be among them.
President Kennedy traveled to Huntsville, Alabama in 1962 to meet with Wernher von Braun. Later that year the President traveled to Houston, and on September 12, buoyed by the real possibilities of the space program, delivered one of his most famous speeches at Rice University: “We choose to go to the moon.”
From then on von Braun and the team at NASA had to figure out how to get to the moon. The slow rate of progress in testing and building the new rocket by the fall of 1963, however, started to raise doubts about whether the U.S. could reach the moon by the end of the decade. Kennedy then resolved to work with the Soviet Union in making this possible, saying that it was no longer about one nation’s ability, but about the ability of mankind.