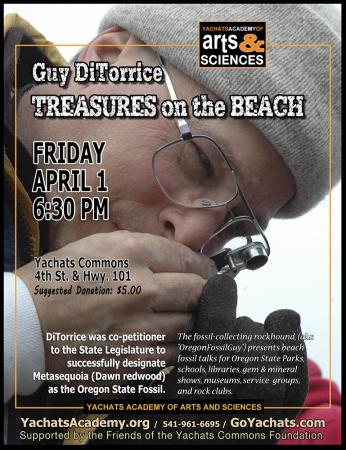 Treasures on the Beach

We are fortunate to have Guy DiTorrice come speak to the Academy. Guy is our own OregonFossilGuy, a true fossil-collecting rockhound. Guy presents beach fossil talks for Oregon State Parks, and speaks to schools, libraries, gem and mineral shows, museums, service groups and rock clubs. Guy was also co-petitioner to the State Legislature to successfully designate Metasequoia (the Dawn redwood) as the Oregon State Fossil.