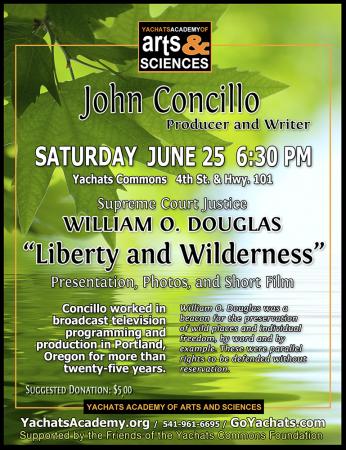 A few years ago, there was a plan to run a highway up the coast through the Olympic Peninsula, some of it through Olympic National Parl. Justice Douglass got word of this plan and used his energy and office to defeat this plan. As an annual fisherman to the Olympic Peninsula, this highway would have destroyed an almost pristine gem on the West coast.

John Concillo, with the Oregon Cultural Heritage Commission, has put together a short video and some still shots of Justice Douglas and his efforts.

William O. Douglas was a strong advocate for the preservation of wild places and individual freedoms, by word and by example. He saw these as parallel rights to be defended without reservation.

Justice Douglas described the wilderness as a place of refuge, as a nurturing environment and as a source of strength and renewal. He saw it as an affirmation of independence that empowers and offers spiritual and physical salvation,

As a sitting Supreme Court Justice, no one in the nation brought such a high profile to these issues. His Life stands as a record of courage to hold fast against forces that would exploit or erode these cherished American ideals.