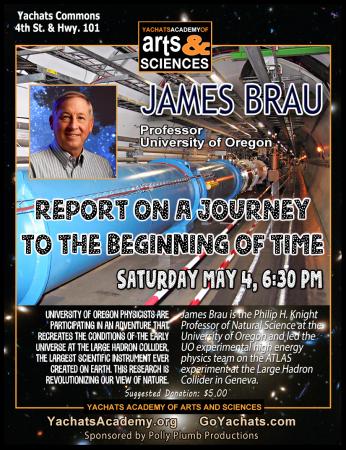 Report on a Journey to the Beginning of Time

University of Oregon physicists are participating in an adventure that recreates the conditions of the early universe at the Large Hadron Collider, the largest scientific instrument ever created on earth. This research is revolutionizing our view of the universe.

James Brau, Philip H. Knight Professor of Natural Science at the University of Oregon, led the UO experimental high energy physics team on the ATLAS experiment at the Large Hadron Collider near Geneva.